Go to GeoengineeringWatch.org to find out more now!

What if poisonous side affect & destructive weather manipulation were only meant to serve as distractions???

Maybe it’s long past time to look up, observe, and better understand all of your surroundings.
There’s more to life than chasing money foolishly around.
#rUaware

It’s not a question about your appearance, party affiliation, spiritual beliefs, gender or sexual preference…

It’s not a question about your appearance, party affiliation, spiritual beliefs, gender or sexual preference… It’s a serious question about the survival of humanity and all lifeforms on this planet as we know it today… Make NO MISTAKE about it!!!

We are all part of mankind, regardless of sex and outside appearance; but, we are ultimately either human or animal.

At this point in time, the only question you should be asking yourself is “Animal or Human”?

Are you part of the human race seeking the best for all of humanity (and all life on Earth) or are you an insecure, greedy, frighten little animal (a KID) that is more concerned with their sole existence and selfish self-survival at whatever inhumane cost?

If you consider yourself a part of the human race, the answer to…

If “Iceland” just described the process? Get ready for an #IceAGE in the United States… (Potpourri)

Understanding the root of the problems We all face (through-out this Nation & World) is the key to solving simple issues that have plagued mankind for ages.

We must continue to seek truth in order to determine the best path for all of humanity.

If we continue to ignore an elite few that are engaged in on-going greed, fraud & corruption within government and between crony (corrupt) associations mankind will never be free from the shackles of physical or economic servitude.

The key to solving any problem starts with addressing the root cause of that problem and stop being distracted by the harmful side affects. Once the main cause is addressed the side affects can eventually be solved.
In order to #SaveHUMANITY we must #STOPdcFRAUD.

#OAS is a global movement of the people, by the people and for the people who want the best for all of humanity (regardless of outward appearance, gender or personal preference). It all comes down to the Golden Rule, “Do onto others as you would have them do onto you.” Those that do not follow or understand this basic rule of humanity are likely complicit in economic corruption or a useful idiot of varying degree.

If “Iceland” just described the process?

If “Iceland” just described the process in which the country of Iceland took back control of their life, liberty and pursuit of happiness from a corrupt government and banking system a few years back… for those that know and haven’t been misled on that great “Egyptian” like process that actually did take place.

Many believe that it is long past time for something similar to take place in America and some are saying get ready for an #IceAGE in the United States as #ENOUGHisENOUGH and #STOPdcFRAUD is the GOAL!

To understand why “we” are here at this point in time, it is important to know the key players that…

It’s not a question about your appearance, party affiliation, spiritual beliefs, gender or sexual preference…

It’s not a question about your appearance, party affiliation, spiritual beliefs, gender or sexual preference… It’s a serious question about the survival of humanity and all lifeforms on this planet as we know it today… Make NO MISTAKE about it!!!

We are all part of mankind, regardless of sex and outside appearance; but, we are ultimately either human or animal.

At this point in time, the only question you should be asking yourself is “Animal or Human”?

Are you part of the human race seeking the best for all of humanity (and all life on Earth) or are you an insecure, greedy, frighten little animal (a KID) that is more concerned with their sole existence and selfish self-survival at whatever inhumane cost?

If you consider yourself a part of the human race, the answer to this simple question is very easy.

You MUST Watch this video > Geoengineering And The Collapse Of Earth 2014 – THIS IS A MUST SHARE!

Many are beginning to associated the global weather manipulation, via chemtrails (chemical aerosol spray depression in upper atmosphere from large jets), as a process similar to that of the gas chambers in nazi death camps (lower case is intentional as animals of this caliber deserve no respect)… They may not have been the original intention but who is to say given the out-come of this unwarranted & illegal testing of unwilling & unknowing test subjects (all life on Earth). These are NOT con-trails but there certainly appears to be another government CON in play.

Are you skeptical? Good… Now, Seek Out & Learn Truth.

Listen to this skeptical radio host, who is likely more confused & frightened, attempting to misdirect the subject matter of geoengineering & climate manipulation when interviewing Dane Wigington recently. Listen to the solid fact based logic & reasoning of Mr. Wigington as he addresses this misinformation and easily avoids the trivial rhetoric.

There is strength in knowledge that is based on truth. However, ignoring the truth to live a lie is process that will eventually lead to a devastating outcome.

This is a very serious issue and there’s is growing evidence to prove global environmental poisoning as a result of climate manipulation is something we can no longer choose to ignore. The facts & evidence are abundant and key environmental indicators of our possible ecosystem collapse are likely right in front of your face. However, you must open your eyes and get past any fears to assess your surroundings.

This is a call to document your outside environments in order to #SavePlanetEARTH. Be sure to include date, city and state information in your upload.

If you don’t think it’s happening in your area, then go outside & see for yourself.

Here’s ‘a resent picture of a tree in local residential neighborhood located Las Vegas, Nevada that was taken on May 24, 2014.

This image is looking at the north side of a natural life form that is necessary for our existence (trees produce oxygen through the uptake of carbon dioxide, CO2, water & light energy, see photosynthesis) and it is obvious that pollution, likely from weather manipulation (aka climate engineering), is killing this tree.

Notice the loss of bark and color change in the tree trunk spreading up from the ground upward. This “silvering effect” is likely due from metal uptake, lack of sufficient natural sunlight and over exposure to UVb and/or UVc rays (the details shared in the video above are based on solid facts and the speaker is competent, educated and honest).

Also, it is apparent that more than two inch thick layer of bark has fallen from the tree and is now limited to the base of trunk closest to the ground. This bark loss is likely an indication that this tree is struggling to survive.

This tree appears to be dying.

Go outside and document the environment around you… Look for other similar environmental indicators.

Open your eyes and educate yourself.

#OAS #OperationAmericanSpring #AmericanSpring #GlobalSpring (or whatever you choose to call it) is necessary to stop Government greed, fraud & corruption (#STOPdcFRAUD).

This is a serious issue that is NOT GOING AWAY with the current corrupt World Wide power structure in place. It’s #WakeUP Time to #STOPdcFRAUD in order to save humanity (#SaveHUMANITY).

#Truth is necessary to solve all of the problems we face as humans seeking the best for humanity across the entire planet.

United We Stand & Divided We Shall Fall… 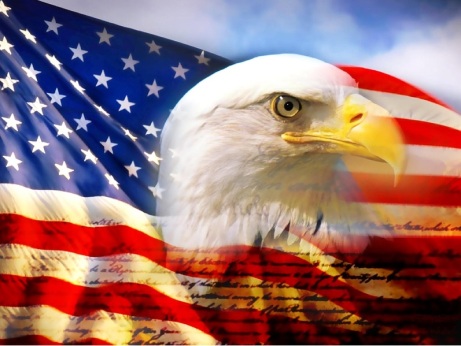 Share your comments & pictures here and across all other sites that all you upload your images… be sure to include #SavePlanetEARTH in this critical and important process. The time for burying your head in the sand is just about up… #WakeUP

We can #SavePlanetEARTH but that starts with stopping DC greed, fraud & corruption. Time to stop insanity & destructive behavior of DC. Whatever the name of this movement is not important:

It’s the final outcome that matters most. We must stop the greed, fraud and corruption that has created this situation in the first place in order to address our problems in a truthful and logical manner.

We must stop government greed, fraud & corruption (#STOPdcFRAUD) as these crony associations are causing harm to our life, liberty and pursuit happiness for all of mankind.

You Say the Government Would Never Do Such A Thing??? Sorry, Think Again…

Yes one “benefit” (Sarcastically Speaking)  of being able to manipulate the weather to bring harm and devastation as a means of distracting US… Plus, there could be another more sinister reason.

We live on a very small planet in a extremely huge solar system, inside of larger galaxy within humongous universe, and there are many outside factors that will always remain outside of our control.

The misleading media presented some of this information correctly but failed, once again, to tell the whole story.

More than likely it’s a smaller solar system, composed of a brown (or red) dwarf with numerous revolving planets, within our solar system that likely follows an ever growing elliptical path around our Sun due to gravitational forces within our binary solar system. As the extremely large bodies within this secondary system get closer to Earth, we will likely experience extremely destructive to devastating affects…

No fear intended – just enlightenment. Understanding the bigger picture of life is the most important thing we can ever hope to achieve.

Some may go crazy with fear, others may run to distractions (like golf) to hide from reality, or a few will fall back on their faith (not to be confused with organized religion), accepting humility and the ultimate realization that humanity (love of life and respect for all) supersedes all of the insanity around US.

Look up, seek truth, develop an understanding and prepare yourself as you would for any other unknown situation. That’s just go practical sense.

Ultimately we must all seek & discovery the truth for ourselves.

Advertisement revenue appearing on this site does not go to the site author. Those revenues go to Wordpress which has graciously provided this means of free expression to site authors.

Submit comments or use the Contact Us page contact site authors to submit your comments, questions or concerns.